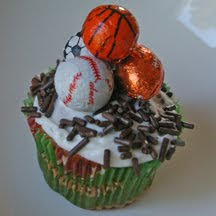 Tiger Woods: The Ultimate Disappointment
Tiger may still be the #1 golfer in the world, but that is not the litmus test here…and that ranking may not last long anyway. I don’t usually look at someone not even ranked in the top 100 in FedEx Cup points (points system for PGA-Woods 111th) and one who has lost his automatic qualification for the Ryder Cup , (Championship held between USA and European PGA Tour Pros every two years) as the world’s top golfer. Tiger fans are at the end of their rope, and Tiger “haters”, such as myself, are just about fed up with his slump as well. I mean…what’s to hate these days? This week Woods is playing in the Bridgestone Invitational in Akron, Ohio. He has won this tournament seven times, three times since 2006. Thursday Woods scored his all-time worst at Bridgestone and is currently tied for 75th place at six over par. On May, 2, 2010 Tiger missed the cut at Quail Hollow. The phrase “missed the cut” and the name Tiger Woods in the same utterance? Wood’s best showings in 2010 have only landed him tied for fourth at the Masters and the U. S. Open Championship. Will the real Tiger Woods please step up?
Apathetic to A-Rod
Alex Rodriguez, third baseman for the New York Yankees, became the youngest slugger in history to reach the 600 home run mark on Wednesday. The hit came against Toronto Jays’ Shaun Marcum in the 1st inning in New York. Have you noticed anyone getting really excited, or talking about this historic feat? Know anyone who was on the edge of their seat for the 13 games and 47 at bats in between 599 and 600? Doubtful. The only media coverage you will see is about how most passionate baseball fans are unimpressed with A-Rod’s membership into the 600 club due to his link with steroids. Rodriguez joins Babe Ruth, Hank Aaron, Willie Mays, Barry Bonds, Sammy Sosa and Ken Griffey Jr. in this elite club. As you can see, this list of names wasn’t clean prior to A-Rod (Bonds, Sosa.) A-Rod’s comment? “I’m at peace with my game and I’m at peace with myself.” Good thing someone is!
LIVESTRONG…Live Right?
Lance Armstrong is being investigated by a Federal Grand Jury on his possible use of performance enhancing drugs. The seven-time Tour de France winner has never failed a drug test, however, fellow teammates from the U.S Postal Cycling Team have said Armstrong encouraged the illegal use. No shock there…he has been accused for years now. After years of false claims of innocence by numerous professional athletes, I just assume anyone linked to steroid use is guilty. I think most people do. Two things stand out about the Lance Armstrong case, though. Armstrong has teamed with Nike to produce the enormously popular and successful LIVESTRONG brand to raise money for cancer. A revelation of guilt would make Armstrong, a cancer survivor and inspiration to many, the biggest liar and scumbag in sport…ever. Second, that would not stop the majority from still admiring and supporting him. Obviously…this is not baseball. In baseball, tradition and statistics are sacred. In cycling…well how many actual cycling fans do you know? Chances are even they don’t care about this outcome.
Posted by Kara at 6:24 PM