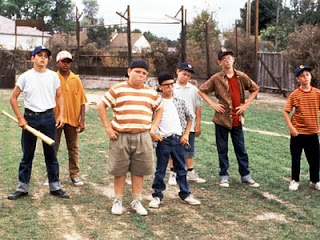 We are in that valley of the year where athletic organizations from high school to the professional level start to seem like a small town on a Saturday night…boring and restless. Media outlets from ESPN to sports radio shows are talking about the NFL already…which seems to be just fine with a mass of American sports fans. The Stanley Cup Finals are over and an NBA Champion will be decided in a few days. These months are known notoriously as the “summer slump” in the world of sports. Not this year…
There is no rest for the weary this year. Wives, who have no interest in sports, and were looking forward a few months in the summer where the whole family could just enjoy each other by the pool on a Saturday afternoon, sorry. Ladies…let me enlighten you as to why you will not be resurrecting and watching the entire series of Felicity during the weekends this summer! Reasons why there is no slump this summer…what to watch…and what to talk about besides the NFL.
• 2010 FIFA World Cup: I know so little about soccer. I know even less about the World Cup...I don’t even know what FIFA means. I know it is in South Africa, that fake soccer fans all over the USA are flocking to watch it and that the USA team had a draw (tie) against England. This draw was a huge success for the red, white and blue. England, known for their football (soccer) pagentry world-wide, was due to completely roll over the American team. They didn’t and good for the US…but any sport where we as Americans are thrilled with a tie instead of a whoopin’ is no sport for me!
• NCAA conference re-alignments: Though the media seems to say very little on this subject, except statements of opinion, because no one is clear on much of anything yet, this topic alone is worth watching Sports Center for. When I worked at the University of Oklahoma Athletic Department, summer was for cleaning, organizing, media guide preparations, and camps. However, my friends at the AD have noted that their heads are spinning and that there is certainly more going on this year due to this time of uncertainty and change. Nebraska will head for the Big 10 in 2011, Colorado will begin play in the Pac-10 in 2010, and Boise State (UGH…to be beaten in a bowl game by a team that plays on a blue field is just unbearable) will settle into the Mountain West. Watch and wait on Oklahoma, Oklahoma State, Texas, Texas A & M and Texas Tech, to decide what conference they will align themselves with. (see earlier post for more details)
• The College World Series in Omaha: The College Baseball World Series is not something I typically get too excited about. I honestly have not good answer as to why. My love of baseball derived for my love of college baseball (no not college baseball players…at least not entirely). However, the OU Sooners are one game away from their first CWS appearance since 1995, one year after their 1994 National Championship. TCU topped Texas for their first ever trip to the CWS. Texas was ranked second for the season. OU is playing Virginia for this coveted spot tonight, a team who ended the season ranked fifth.
• Champions Tour PGA Golf…The Majors: What is not to like about golf really? Those making bleh sounds as you read this…have you ever tried to learn more about these guys? The Tour is made up of some of the most fascinating professionals in sports. Check out PGAtour.com or check out The Golf Channel…heck just get on Twitter. It is hard to get an idea of what the PGA is all about by only watching The Majors. No matter how far back Tiger and Phil are they will get the majority of air time shared with the leading pair. However, do some home work and really enjoy The Majors this season. Follow online and on The Golf Channel. US Open, June 17-20, Pebble Beach California, Lucas Glover holds the title. The Open Championship, July 15-18, St. Andrews, Scotland, Stewart Cink. PGA Championship, August 12-15, Whistling Straights, Kohler, Washington, Y.E. Yang.
• MAJOR LEAGUE BASEBALL: Summer IS baseball! It starts with T-ball….co-ed softball leagues, high school summer leagues and the College World Series. MLB baseball does not start in October (playoffs)…it starts in April. Being the obsessive baseball fan that I am I am always highly annoyed by the comments “there is a lot of baseball left to play” or “it is only one game.” The Minnesota Twins (my beloved team if you didn’t know) have had to play a play-in game the past two years to earn a playoff spot. Don’t tell me every game does not count! One devastating loss a month leads to six within a season. Let’s just say your team was lucky enough to only have six losses…which they won’t ever be… there was an average margin of six games between the wins of the top two teams in each division last season. Meaning, if on average, second place teams had one seven more games they would have won the division! EVERY GAME COUNTS IN BASEBALL. So tune in now. Pick out your favorite rivalries and learn to appreciate the drama and entertainment that is America’s Past-time. Nothing says summer like the ballpark!
Posted by Kara at 6:47 PM