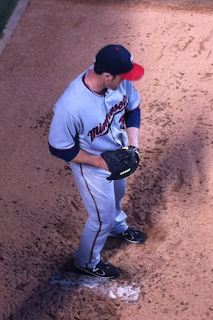 Most sports fans would say they are loyal to their favorite team or athletes. We buy team apparel, attend events, download apps on our iPhone, follow on Twitter, etc. When “our team” is doing well, we are on cloud-nine and cocky like we ourselves have aided in their triumphant efforts. It is easy to love the loveable, we all know that. Where then does our loyalty go when success is a mere memory of last year…or last decade?
The Chicago Blackhawks won the 2010 Stanley Cup. The start of the 2010-2011 season was rough for us Blackhawks fans though. Fear set in that Chicago would not be making it to the 2011 NHL Playoffs, and I personally found it difficult to find the interest to watch hockey. I was able to attend the Chicago vs. Dallas St. Patrick’s Day game at the AA Center in Dallas. Luck was not on the side of the Blackhawks, as I witnessed the Stars beat my boys 5-0. However, with a record of 44-29-9, the Blackhawks squeezed into the Western Conference playoff battle. During the first-round match-up against the Vancouver Canucks, I was feeling the spirit again and wearing my Patrick Sharp #10 jersey with pride! The 2011 season didn’t end with a Stanley Cup, as it did in 2010 for Chicago. However, I was so proud to be a fan of a team that came back from a 3-0 deficit in the series to force overtime in game seven against the NHL’s top-ranked team. I know I will stay tuned-in and interested the entire 2012 season…as I now have a greater respect for my team’s resiliency and fight.
In golf there are ebbs and flows with every round of a tournament. You have to be” in it for the long haul” if you are a fan of any tour professional. You have to understand how things work in golf too. Just like basketball fans know you don’t get emotionally invested in a 10-point lead…you similarly don’t get too confident or discouraged in a three or four stroke differential in golf. A win on tour does not guarantee a made cut the next week, nor is a missed cut cause for too much concern. Consistency over several weeks is the true indicator of a season, but even then a career is not defined. Guys bounce back after a couple of bad years. Ask Adam Scott or Sergio Garcia. There is a reason you place tour pros on your radar…keep them there longer than a few missed cuts.
Every sport has its crazy loyal fans. Perhaps none with a stronger passion than those found in baseball. Yankee fans don’t stop watching (or cussing) till the last pitch of the season is thrown. A friend of mine is a massive Boston fan and let me know that his team WOULD be winning the World Series this year. That was in week six when Boston had a record of 17-18 and were ranked 14th in the MLB Power Rankings…they now lead the AL East by two games over the Yankees. I am a Twins fan…most of you know that. The Twins have a .400 winning percentage and are nine games back from the AL Central lead. This decade the Twins have dominated the AL Central, winning the division in six of those ten years ('02, '03, '04, '06, '09 and '10.) It is hard for a Twins fan to enjoy baseball right now. Last week’s injury report included the following staples to the lineup: Mauer, Thome, Nishioka, Span, Kubel, Nathan, Perkins and Slowey…with Morneau far from 100%. Are you kidding me?! That is almost every key player in Minnesota! Manager Ron Gardenhire has submitted 56 lineups in 60 games. How do you stay faithful to watching and supporting a team that is barely functioning? Not to mention, my very favorite baseball player is one of those names listed on the disabled list and was seriously struggling beforehand. Joe Nathan was the former All-Star closer for the Twins. The 37-year-old Houston native is a four-time MLB All-Star and has a career ERA of 2.85 in 700.1 innings pitched with 250 saves. In his returning season from Tommy John surgery on his right elbow, Nathan has a 7.63 ERA in 15.1 innings pitched with only 3 saves. Due to inconsistency Nathan relinquished his closer position himself to Matt Capps earlier this season. It is frustrating as a fan to see one of best closers in baseball struggle. Prior to his absence of the 2010 season, each time Joe Nathan would take the mound a feeling of peace would take over me. The odds of a win or a save were great, which is a certainty and comfort I am now missing. During a trip to Kauffman Stadium to watch a divisional game between the Royals and the Twins, I was able to witness Nathan go through his bull pen warm-up and take the mound as a reliever. Though the Twins lost 11-2 that night I realized something. I still love my boys and I am still a loyal fan of the great Joe Nathan. What he provided Twins fans from 2004-2009 was pure greatness and I will not give up hope that there is still some of that left for him to deliver.
I’ve found ways to stay loyal to my teams and favorite athletes. Mostly, I realize that just as I turn my back there are glimpses or even monumental episodes of greatness that reel me back in. Moments like overtime in game seven…a no-hitter (Twins had the first of the 2011 season)…a PGA tour victory. So hang in there sports fans. You will regret it if you don’t! Now you can rejoice that Dirk finally does have that NBA Championship ring…and you were watching the whole time.
Posted by Kara at 10:57 AM