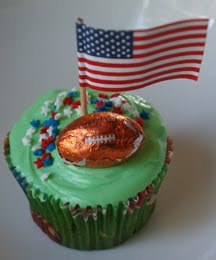 LeBron James:
What “King James”, had hoped would be a television event that would be as epic as his performance on the court, turned in to well…epic television alright. The Decision aired on ESPN, July 8. It was watch by thousands, and also ridiculed by thousands. It is certainly epic in my mind as the biggest waste of space that could have been used for relevant sports chatter or better yet, a baseball game perhaps! I am not sure what James accomplished, except gaining even more attention to his crazy antics, and a Steve Carell spoof during the ESPYS. That is actually something he can take pride in being associated with…because that was funny!
ESPY Awards:
Speaking of the ESPYS…thank goodness for their existence. Pulling up At Bat (MLB.com app for baseball scores and news) to see “no games scheduled” in the middle of summer is almost heartbreaking. Thus we are saved by ESPN’s night of celebration, remembrance and laugh-out-loud humor! However, there is one basic thing to note when watching the ESPYS. It is the nominations that are worth watching. Calm down if you feel your favorite MLB team, NACAR driver, or heroic play during the NBA finals will win a single award. NFL football rules the hearts of fans in this nation. If a football shows up in a highlight reel…an award will ensue. Due to the service provided by the ESPYS…we are ok with that!
The British Open Championship:
Simply called The Open Championship because of its historical significance to the sport of golf and tournaments alike. The Open, played this year on the Old Course at St. Andrews in Scotland was thrilling, despite lacking the story of 2009. In 2009 you had the almost legendary comeback of one of the Open’s finest champions, 59 year-old (at the time) Tom Watson. Watson came back to take the lead on Sunday of the 2009 Open Championship and eventually would enter a playoff situation leaving Stewart Cink to win his first Major Championship. I must say tears came to my eyes as Watson re-called what could have been in 2009, though I was of course proud of Stewart Cink, a solid favorite of mine. 2010 would not provide the drama of 2009, however, it was refreshing to watch players from a variety of positions in the FedEx Cup Rankings battle for top spot on the leader board. Glimpses of Tiger and Phil were few and far between as viewers were privy to the talent of Oosthuizen, Casey, Westwood, McIlroy and Stenson. None from the US and none greater at St. Andrews than Louis Oosthuizen of South Africa, who shot 16 under par for the win. Notably, Oosthuizen, whose caddy Zach Rosego is the only black caddy on the European Tour, gave a happy birthday wish to Nelson Mandela and expressed his excitement over all the South African flags present Sunday in support of his victory.
Posted by Kara at 9:53 PM