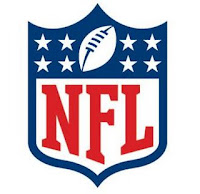 I never really thought much about the week leading up to the Super Bowl. I never thought about the entourage the big game would bring to the host city, the media frenzy, the nightly parties, nor the mass of fans that would visit. Then again, I have never had a reason to. This is the first year I have lived in the host city for a Super Bowl. Sunday, Super Bowl XLV was held in Arlington, Texas. However, for the entire week prior, all of Dallas-Fort Worth was overtaken with NFL hype. I am not a big fan of the National Football League. I try to follow the Cowboys and I do follow quite a bit of NFL conversation during my daily ESPN Radio fix. I just wouldn’t say I am a fan and I certainly don’t get excited about it. I have always taken a lot of heat for that. I have many friends that do not understand my apathy toward the sport, claiming that the NFL is far more entertaining than college football. I must admit I took on somewhat of an “if you can’t beat em’ join em’” approach last week. I tried to get into the spirit and even spent an evening in Packers Territory (downtown Las Colinas) amongst the players and fans.
Ironically, one evening last week, I came across a GQ article from September of 1999, listing “50 Reasons Why Pro Football is Better than College Football.” I often tear out articles I want to read and put them in a pile. Obviously, the pile is slow moving, but the timeliness of this particular article was perfect. No doubt, I saved this article to compare it to the arguments I am frequently presented from friends. Below are the 10 points I feel are most worthy of notation (direct quotes from the article and in no particular order) and would add value to a conversation on the subject. I still wouldn’t pass up an Oklahoma Football game for any match-up the NFL has to offer, though.
1. No male megaphone-toting cheerleaders.
2. Real play-offs.
3. Tailgating the way it ought to be, by fat guys in sweats, not moms straight out of the Talbots catalog.
4. You can give a pro player a Cadillac and two new suits and not go to jail for it.
5. We all know what a Lion is. What the hell is a Nittany Lion?
6. Of Miami’s two professional teams, the Dolphins draw twice as many fans as the Hurricanes and half the felonies.
7. No pimply-faced, cable-holding teenager following the head coach around the sideline.
8. Division III?
9. Papa Bear Halas-player, coach, owner. Let’s see Bobby Bowden do that.
10. Ditka!
Posted by Kara at 6:25 PM